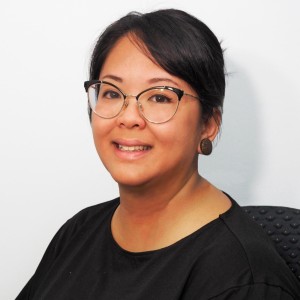 As a new team member at Southern Cross Atrium Apartments, one of the first sightseeing trips I took was to Kuranda Village.  This quaint mountainside community is situated in the World Heritage-listed rainforest of the Barron Gorge National Park, and is culturally rich in art, fauna and history.

There are plenty of choices that will transport you to this beautiful rainforest village.  The most famous options are the Kuranda Scenic Railway and Skyrail.

On this trip I took in the month of November 2018, I opted for the Skyrail up to Kuranda Village and returned to Cairns via Kuranda Scenic Railway.  This was a transportation package via tour company, Cairns Tours.

My journey to Kuranda started with a pick up by the Cairns Tours private coach from Southern Cross Atrium Apartments.  The coach made several other pick-ups from other Cairns accommodations and we were off.  Our 15-minute coach ride out to Skyrail Station went smoothly and we were on board the Skyrail cable cars before you knew it.   As my cable car began its steep climb up the mountainside, I could see views of the Great Barrier Reef and the whole of Cairns.  The cable cars used on the Skyrail, are designed to give passengers a 360-degree view.  It most certainly delivered, because I was speechless!

During your Skyrail journey up to Kuranda there are two stops where you can hop off your cable car and explore your beautiful rainforest surrounds.  One of the stops features a newly built clear glass walkway up to spectacular views of the Barron Falls.  Perfect for photo ops and that sneaky marriage proposal! The overall journey by Skyrail up to Kuranda, takes around 1 hour.

Once in Kuranda Village, the activity choices are endless.  You can browse at the many market stalls, shops and galleries on offer or cuddle a koala and cosy up to the local wildlife at Koala Gardens or Rainforest Station.  There are plenty of lunch options on offer, including a delicious German Sausage shop and a café specialising in Japanese sweets.  Even though Kuranda is a small village, be sure to grab a map from the Skyrail station so you can make the most of your time there.

As for the trip back to Cairns, the Kuranda Scenic Railway is a 2-hour journey (one way) along the Heritage-listed railway line, originally opened in 1891.  The Kuranda train station is conveniently located right next to the Skyrail station.  Though, the journey is a long one, you will not forget the breathtaking scenery travelling through the rainforest by train.  Don’t forget to keep an eye out for those beautiful waterfalls along the way! The train journey finished up at the Cairns Railway Station, just behind Cairns Central Shopping Centre.  From there it was an easy 2-minute walk back to Southern Cross Atrium Apartments!